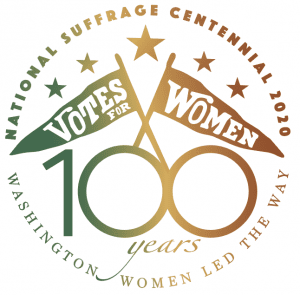 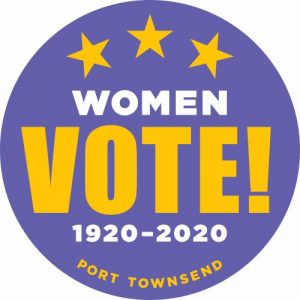 [scroll down for schedule of activities]

Passed in 1920, the 19th amendment gave most women the right to vote. As the 2020 centennial of this momentous amendment approaches, organizations across Washington are planning commemorations, celebrations and events. Washington state was ahead of the nation with suffrage. Most women in Washington won the vote in 1883, repealed in 1888, but reclaimed in 1910 — the fifth state to grant women the vote. For information about Votes for Women Centennial events across Washington, visit www.suffrage100wa.com and follow Facebook, Twitter and Instagram @suffrage100wa. 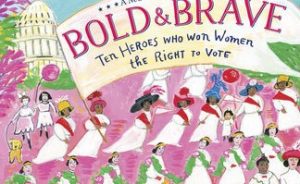 We team up with other organizations in Jefferson County to host live presentations, movie viewings and plays at several locations in Port Townsend and Port Hadlock/Chimacum.

January 18, 2020 – Kick off function at AAUW Saturday program at Elks Lodge. Suffrage Centennial: Setting the Stage, the early history of the suffrage movement in America

February 2020 – The First Friday Lecture Series brought to us by the Jefferson County Historical Society will feature monthly presentations by and about women, February through September 2020. Click for details…
Feb. 7 Friday evening – Northwest Maritime Center: Heidi Yantz : STEM and the Women Who Persevered

May 1 Fri. 7 pm at Northwest Maritime Center in conjunction with the First Friday Lecture Series of the Jefferson County Historical Society. Claudia Castro-Luna : Washington State Poet Laureate. Her non-fiction work – This Is The Place: Women Writing About Home and current work on a memoir, Like Water to Drink, about her experience escaping the civil war in El Salvador.

August 22 in Olympia WA. Washington State Historical Society and the Washington State Women’s Commission will host a day of celebration. This day-long event will feature speakers, exhibits, vendor, music, parades and more! Learn more at www.suffrage100wa.com
August 26 A culminating local event at Key City Public Theatre to celebrate the date the 19th amendment was signed into the US Constitution.