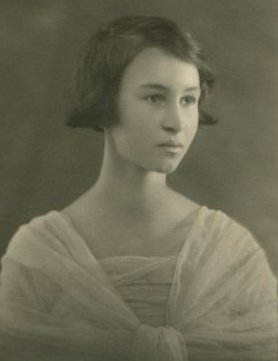 Constance Anna Pash was born September 23, 1908. the daughter of a British father and first- generation Californian mother. She grew up on a fruit ranch in the Santa Clara Valley (now Silicon Valley) in California. She attended high school in San Jose and traveled to Europe in her teen years.

Sadly, she contracted tuberculosis, which required full-time bed rest in those days, causing her to miss what would have been her first two years at Stanford. By the time she was fully recovered, she was seeing Gilbert Curl, who was finishing a physics degree at UC Berkeley; he asked her to marry him and she said yes. He found a job inspecting cement for the Bureau of Standards, first in Riverside, CA, and then in Concrete, WA. – nowhere near any universities where Connie could continue her studies.

Later when they were based in Washington, DC, where Gilbert worked on the development of Sonar for World War II, they started their family and Connie decided not to try to work. However, she did continue her interest in chemistry and other sciences. She made her own deodorant, claiming that store-bought was too expensive and was made of inexpensive materials, and she conducted a botanical survey of the native plants in a canyon near where the family later lived in San Diego, CA.

Her stories of her scientific interests inspired her niece to take chemistry classes at UC Berkeley and complete a Masters in Nutrition. Connie encouraged her children to take all the math and science they could in high school, to have more options for future study and work. She was proud of her niece’s degree, her son’s degree in economics, and her daughter’s Masters in Statistics.

Connie was inquisitive and enjoyed the practical search for answers to man’s problems, and believed in education for all. She died at the age of 94. Her daughter Virginia endowed the UWF scholarship which bears her name in 2017. 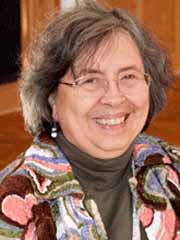 Virginia Curl Thompson was born in Washington, DC, on Oct. 27, 1939, and moved to San Diego after the war, when her father began the work that led to his being the project manager for the first deep dive to the Marianas Trench by the bathyscaphe, Trieste.

Virginia attended UC Riverside for her BA and received a Master’s Degree in Mathematical Statistics from UC Berkeley. She has worked editing mathematical manuscripts and teaching mathematics and statistics.

She worked with the EQUALS program at the Lawrence Hall of Science in Berkeley. EQUALS helped teachers to make the teaching of math more interesting and to encourage all students to take as much math as possible. Virginia developed the Family Math program for EQUALS which brought parents and their children together to reinforce school learning. The program spread across the US and into many countries, including Australia, New Zealand, Venezuela, Sweden, and Taiwan.

Virginia retired to Port Townsend in 2000 with her husband, Stewart Pugh. She enjoys volunteering with AAUW PT, weaving, knitting, cooking, and reading, .