Read the full story under the photos and lists –> 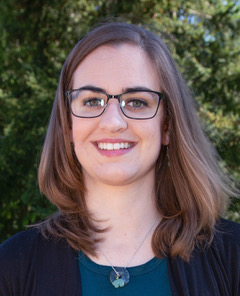 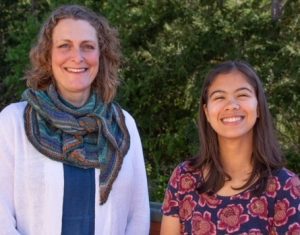 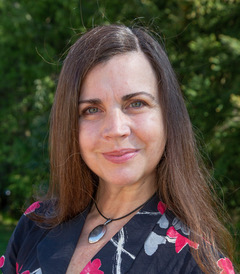 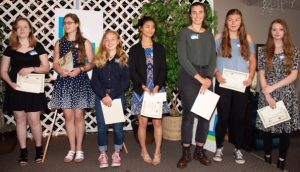 As part of its 70th anniversary celebration, AAUW Port Townsend and its affiliate, the University Women’s Foundation of Jefferson County (UWF), are providing scholarships and awards totaling over $70,000 to 43 women and girls from East Jefferson County. The award-winning scholars – including university, college, high school, and middle school students – were announced during the May 12, 2018 meeting of AAUW/UWF.

“Thanks to the wonderful generosity of our members and contributors, this is the most financial support we’ve ever offered in our annual scholarships and awards,” said Celia Fry, vice president of scholarships. “We’re so pleased to recognize the talents and accomplishments of these women, and to offer encouragement as they pursue their education.”

Based on criteria related to academic performance, financial need, and educational and professional goals, the Elmira K. Beyer Endowed Scholarship in the amount of $11,000 was awarded this year to Lisa Rowan. After receiving her B.A. in Interdisciplinary Studies: ESL Education from California Lutheran University, Rowan has held diverse teaching positions including teaching English in Nepal as a Fulbright Scholar, tutoring and mentoring 4th grade students at Roxhill Elementary School as an Americorps member, and currently volunteering through WorldTeach as an English teacher in the Marshall Islands. Rowan will begin classes this fall at the University of Washington to obtain her Masters in Teaching with a focus on Elementary Education. She then plans to teach here in Jefferson County.

Emily Kunz was awarded an Academic Endowed Scholarship in the amount of $8,500. Kunz is finishing her third year of medical school in the College of Osteopathic Medicine at Pacific Northwest University of Health Sciences. Last year she and a group from the University went to Ethiopia to present inexpensive microscopes to remote medical camps in an effort to diagnose diseases related to poor water and food. This year, Kunz has worked in the newborn nursery at the Skagit Valley Hospital, attending drug-addicted babies and helping their families deal with their medical crisis. Kunz plans to return to Jefferson County to practice as a Family Medicine physician.

Two new $7000 scholarships honoring AAUW Port Townsend’s 70th anniversary were offered to Jennifer Grauberger and Jeanne Simmons. Grauberger is in her third year of study at the Mayo Clinic School of Medicine, with a goal of becoming an academic plastic surgeon specializing in pediatric reconstruction. She volunteered over one summer at the National Hospital of Pediatrics in Hanoi, Vietnam, participating in reconstructive plastic surgeries on children with dangerous or life-threatening conditions. Simmons has served as a youth services associate at the Port Townsend Library for the past nine years, and has been the project lead for the Summer Reading program there. She is pursuing a Masters of Library Science degree with a goal of obtaining a management level library position and continuing to serve the community.

Three students graduating from local high schools – Halli Trafton from Chimacum, Katie Love from Quilcene, and Lauren Taracka from Port Townsend – were each awarded $3000 toward their full-time university studies in 2018-19. Sophomore assistance scholarships were given to three women – AElfhild Wiklund, Kaya Wiant, and Bailey Kieffer – who received these high school-level awards last year.